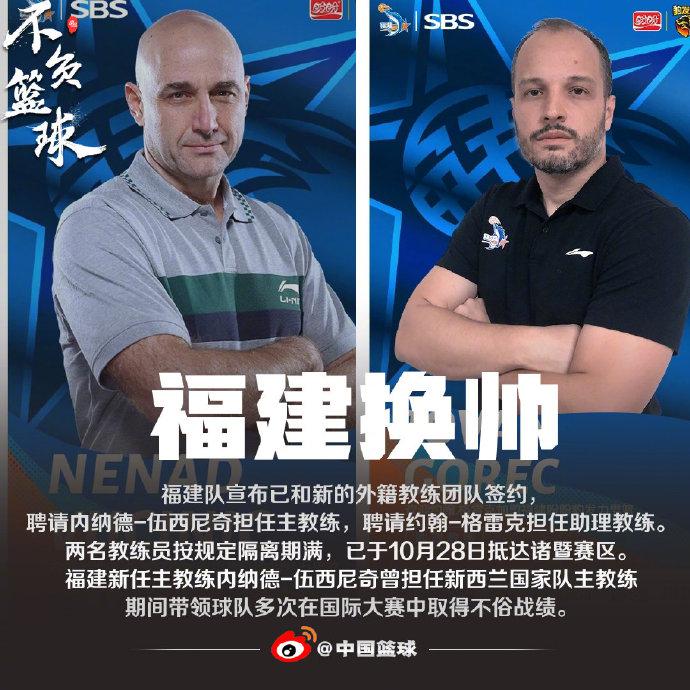 The Fujian team announced that it has signed a contract with a new foreign coaching team, hiring Nenad Wucinich as the head coach and John Greck as the assistant coach. The two coaches had expired in accordance with the regulations and arrived in Zhuji on October 28.

Assistant coach John Greek has taught in many professional clubs in Serbia and West Asia, and led the team to win multiple league championships.

As of the new season, Fujian has 0 wins and 4 losses and ranks 18th in the league.